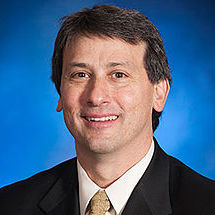 Rappaport is the founding director of NYU WIRELESS, one of the world's first academic research centers to combine wireless engineering, computer science, and medicine.  Earlier in his career, he founded two of the world's largest academic wireless research centers: the Wireless Networking and Communications Group (WNCG) at the University of Texas at Austin in 2002, and the Mobile and Portable Radio Research Group (MPRG), now known as Wireless@Virginia Tech, in 1990. He has advised or launched numerous high-tech companies in the wireless communications and computing fields, including Telephia (acquired by Nielsen), Motion Computing, Paratek Microwave (acquired by Research in Motion), and two university spin-out companies that developed some of the technologies now used in the wireless industry--TSR Technologies (acquired by Allen Telecom in 1993) and Wireless Valley Communications (acquired by Motorola in 2005). He has conducted pioneering research in the fields of wireless communications and smart antennas, most recently in the field of millimeter wave wireless communication networks and 5G wireless.

Rappaport is a pioneer in the fields of radio wave propagation for cellular and personal communications, wireless communication system simulation, analysis and  design, and broadband wireless communications circuits and systems at millimeter wave frequencies. His research has influenced many international wireless standard bodies over three decades, and he and his students have invented measurement equipment, simulation methodologies, and analytical approaches for the exploration and modeling of radio propagation channels and communication system design in a vast range of spectrum bands for emerging wireless systems. He also invented the technology of site-specific radio frequency (RF) channel modeling and design for wireless network deployment--a technology now used routinely throughout the wireless industry. More recently, his work has explored the millimeter wave (mmWave) bands for future broadband access.

Rappaport has served on the Technological Advisory Council of the Federal Communications Commission, assisted the governor and CIO of Virginia in formulating rural broadband initiatives for Internet access, and conducted research for NSF, Department of Defense, and dozens of global telecommunications companies throughout his career. He is one of the most highly cited authors in the wireless communications field. As a faculty member, Rappaport has advised approximately 100 students who continue to accomplish great things in the communications, electromagnetics, and circuit design fields throughout industry, academia, and government.

In 2006, Rappaport was elected to the Board of Governors of the IEEE Communications Society (ComSoc), and to the Board of Governors of the IEEE Vehicular Technology Society (VTS) in 2008 and again in 2011. He is a fellow of the IEEE, was a past member of the board of the Marconi Society, and serves on the editorial boards of several academic and technical journals. He received the Marconi Young Scientist Award in 1990, an NSF Presidential Faculty Fellowship in 1992, the Sarnoff Citation from the Radio Club of America in 2000, the Fredrick E. Terman Outstanding Electrical Engineering Faculty Award from the American Society for Engineering Education in 2002, and the Stuart F. Meyer Award from the IEEE Vehicular Technology Society in 2005. In 2008, he received the Industry Leadership Award from the Austin Wireless Alliance and the IEEE Communications Society WTC Recognition Award for outstanding achievements and contributions in the area of wireless communications systems and networks. The Institution of Engineering and Technology (IET) honored Rappaport with the Sir Monty Finniston medal in 2011 “for his outstanding academic and industrial contributions over almost three decades in the field of wireless communication.” In 2012, he received the William E. Sayle Award for Achievement in Education from the IEEE Education Society, and was named a Distinguished Engineering Alumnus from Purdue University in 2013. Rappaport and his students received the 2015 Donald G. Fink Prize, an annual award given to the authors of the best tutorial paper throughout the entire universe of IEEE publications, for their pioneering work on millimeter wave (mmWave) mobile communications for 5G.

Rappaport has over 100 U.S. or international patents issued or pending and has authored, co-authored, and co-edited over 200 papers and 20 books in the wireless field, including Wireless Communications: Principles & Practice (translated into seven languages), Principles of Communication Systems Simulation with Wireless Applications, and Smart Antennas for Wireless Communications: IS-95 and Third Generation CDMA Applications. He has received four prize paper awards, including the 1999 Stephen O. Rice Prize Paper Award from the IEEE Communications Society for his work on site-specific propagation.

Rappaport has also been an entrepreneur, encouraging his students to create companies from their research. In 1989, he founded TSR Technologies, Inc., a cellular radio/PCS software radio manufacturer that he sold in 1993 to what is now CommScope, Inc. (taken private in 2011 by Carlyle Group and now owned by Keysight). In 1995, he founded Wireless Valley Communications, Inc., a pioneering creator of site-specific radio propagation software for wireless network design and management that he sold in 2005 to Motorola (NYSE: MOT).

Rappaport has testified before the U.S. Congress, served as an international consultant for the International Telecommunication Union, consulted for more than 30 major telecommunications firms, and continues to work on many national committees pertaining to communications research and technology policy. He is a highly sought-after consultant and technical expert. He received BS, MS, and PhD degrees in electrical engineering from Purdue University in 1982, 1984, and 1987, respectively, and is a Distinguished Engineering Alumnus of his alma mater.

Brooklyn 5G 2016: Panel on Progress in Channel Models and Spectrum for 5G
757 views