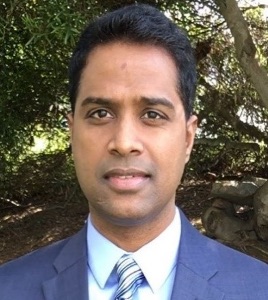 Ramesh Ramadoss is an entrepreneur, researcher, author, and international speaker based in Silicon Valley. He is a co-chair of the IEEE Blockchain Initiative. He leads the IEEE Blockchain Standards Committee. He also leads the IEEE Blockchain Community and was instrumental in launching 30 IEEE Blockchain Groups all over the world. He received his Bachelor of Engineering degree from Thiagarajar College of Engineering, Madurai Kamaraj University, India in 1998 and PhD degree in Electrical Engineering from the University of Colorado at Boulder, USA in 2003. Between 2003 and 2007, he was employed as an Assistant Professor in the Department of Electrical and Computer Engineering at Auburn University, Alabama, USA. He moved to Silicon Valley in 2008 and has over a decade of industrial experience in technology companies. He conducted R&D projects for DARPA, NASA, US Army, US Air Force, Sandia National Labs, and Motorola Labs. He is the author or co-author of 1 book, 3 book chapters and 55 research papers. He has delivered talks at over 70 international conferences in 30 countries.