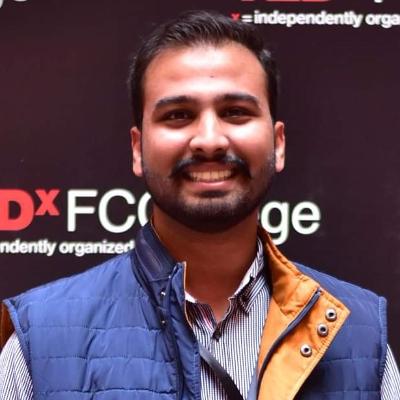 Muhammad Hamza Ihtisham is Electrical Engineer from University of the Punjab, Lahore, Pakistan. University of the Punjab Lahore (PU Lahore) is one of the biggest and oldest universities of Pakistan. He established IEEE Student branch at Punjab University with some of his close mates in the early days of his Graduation. In the 1st year of the student branch, he organized the 1st IEEE COMSOC Summer School in Pakistan with the collaboration of IEEE UET and IEEE COMSOC Lahore Section Chapter. He contributed in many other IEEE National Level Initiatives.

Later on, based on his strong leadership skill, volunteerism and team management quality, he appointed as the Section Student Representative of IEEE Lahore Section. During his tenure, he ignited many initiatives for member development and membership engagements with in IEEE Lahore Section. He and this team were successful to cooperate in the formation of 5 new student branches and several IEEE Student Branch Technical Chapters. In the mid of his graduation he published his article internationally. He appointed as the global ambassador lead IEEE Climate Change Ambassador Program. He also volunteered as the Global Ambassador lead of IEEE IAS Humanitarian Contest 2019. When the tenure of SSR came to an end, he appointed as the chapter representative of IEEE IAS Lahore Chapter and Executive SAC Member IEEE Lahore Section. He got invitation from many universities and IEEE Student branches to spoke about IEEE and Membership development. One of the major accomplishment of his tenure was that IEEE Lahore Section won membership retention award due to strong efforts of his team.

Volunteerism has also made him good at technical knowledge. As the mission of IEEE is to foster technological innovation and excellence for the benefit of humanity. He completed his phenomenal final year design project on neurosciences with the national and international collaborations and discovered how we can combat depression through technology. He is a TEDx Speaker and delivered two TEDx Talks based upon this research and design project. He won IEEE IAS Myron Zucker Undergrad Design Contest 2018 and 2019. He got Honory mention award by IEEE Comsoc Student Competition 2018.  He travelled to Bali to attend IEEE R10 SYWL where he met Global and Regional Leaders of IEEE. He led IEEE EMBS R10 Meetup over there and spoke in the student chapter track on the behalf of IEEE COMSOC.

He is part of IEEE from the very first day of his engineering and member of several technical chapters, technical communities and councils. He is proud to be the member of IEEE.