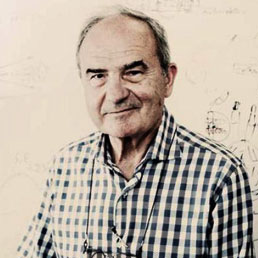 Bruno Murari is a Scientific Advisor to ST and some R&D centers and corporations in Italy, France and Switzerland, after his retirement as the Director of the ST Castelletto R&D laboratories in Milan, Italy.

Murari started his career at Edison Volta and ENI and joined SGS -- now STMicroelectronics -- in 1961. In 1972 he became head of linear IC design and development and in 1981 was appointed to lead the Castelletto site – an R&D center and fab for smart-power ICs, MEMS (Micro-Electro-Mechanical Systems), and photonics. Murari has significantly contributed to ST's leadership position in high-power IC technology, through designing and supervising the design of more than 2000 ICs, producing over 80 patents.

Murari has led the development, technology transfer, and ramp-up of micromachining technology for MEMS, a segment in which ST has become a pioneer and world leader. In 2011 he received the SAPIO award for Industry from the President of Italy’s Republic.

Born in Treviso in 1936, Murari earned a degree in Electrical Technology from Pacinotti Technical Institute and a postgraduate degree in electronics from Beltrami Institute, Milan. In 2002 he received an Honorary Degree in Electronic Engineering from Politecnico of Milan for fundamental innovations in semiconductor technologies and IC design.